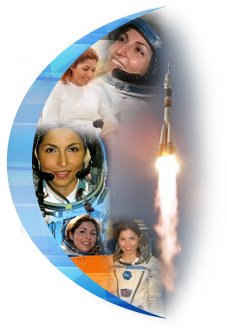 Hello to visitors from Poland or should I say “dzien dobry“. I wrote this post back on 2006 and since have written hundred’s of posts here. If you are interested in world travel then check out my post  10 businesses to run while you travel the world.

You may check out my resources on blogging and entrepreneurship here. –> Main article below.

Dreams do come true; but not all of us dream of exploring the space as a child. Anousheh Ansari did and realized her dream.

The eight-day expedition which Anousheh started on September 18, 2006 cemented her place in history as;

It helped that Prodea Systems, the company she chairs, sponsored her space expedition. Still one needs a lot of courage and determination to set out to be the first in the world in any space. More so you if you are looking to explore the space beyond the boundaries of our planet.

Anousheh is a serial entrepreneur and currently serves as the chairman of Prodea Systems. Before founding Prodea, she co-founded Telecom Technologies. It was recognized as one of Inc. magazine’s 500 fastest-growing companies and Deloitte & Touche’s Fast 500 technology companies.

Anuosheh came to USA as a teenager who did not speak English and immersed herself in education and later tasted entrepreneurial success. She has a keen interest towards promoting good for society. One of her goals is to inspire youth, and especially girls, around the world to pursue their dreams. Hope Anousheh success will inspire youngsters around the world to dream big and achieve those dreams.

Anousheh probably is the first blogger who blogged from space. In this post she shared how they kept good hygiene in space. She also wrote a detailed account of her return to planet earth. Finally, I’ll leave you with this video where Anousheh does a flip in Zero Gravity.

For me, Anousheh endeavor is also a peep into – how one can evangelize an idea or a company by creating a buzz in some unique fashion. Sir Richard Branson has done it for Virgin and looks like Anousheh did it for Prodea and other causes she supports. Otherwise there was no way that many in the world would have known about what Prodea does. In that sceneario, it would have lived as just another digital home solutions company. It remains to be seen how far Anousheh’s effort will take the company; but more than 1 million hits on Anousheh’s space blog suggest that she has succeeded in creating the initial buzz.